Bollywood Celebrities You Ought To Follow On Social Media

Social media is the new gossip bar and you too agree to it. It is news, views and humungous entertainment combined. It is one gossip bar that is cheap and available at a swipe. It is here that you are the newsmaker and the trend setter.

Off late, social media has seen too much of farce and too much of façade. And the creators of this façade? Our celebrities. Like they say, Indians have the habit to pull each other’s leg and this gets thoroughly reflected on the social platform. You get to throw virtual ink at each other, even celebs! Those craving for publicity stick to Twitter, Facebook and Instagram. They call it “we-love –to- interact -with–our-fans” phase. What started with blogging has shifted base to micro-blogging and we do not have any qualms. As long as the celebs keep entertaining us, we will have no qualms.

Too much was going around about Alia Bhatt and how she was the new lady Sardar of Bollywood. She was been teased for her nonchalant GK answers that she gave on a talk show. Soon Alia became the talk of the town. She was mocked at and it infuriated her. This is what she did…

And the world loved it. We loved it.

This is called a back slap B-H!

What we liked most about Alia is that she took everything in a positive stride.

Her tweets were a blow to the leading newspaper. If you weren’t already in love with her, you sure fell for her after her brawny bout with the media house. The world chanted- Power to you Deepika.

Such was her impact that #IStandWithDeepikaPadukone trended throughout the day. Well, someone had to object to the whole objectification of women in Indian cinema. Deepika did it. And she became the social media Mary Kom.

Power to you young lady!

Priyanka Chopra who is off late got herself a badge of Miss Perfectionist of Bollywood, happens to be our Miss Poutilicious.

She was the one who made pouts a style statement! Her selfies are often unusual; her instagram posts are often full of energy, which makes her the #instaqueen.

We don’t wish to insult Madam Poonam Pandey. But we can’t help but admire her enthusiasm. Almost every other day she receives flak from her followers for posting crappiest stuff online yet nothing seems to deter her spirits. 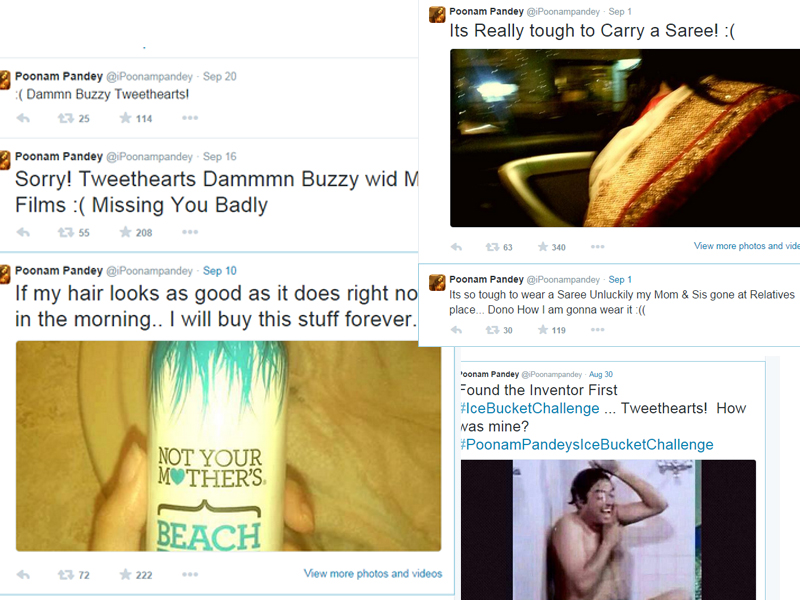 She is thorough entertainment we feel. You’d #LOL at her tweets and her attempt at poetry.

He is full of wits and humor. Many might find his posts offensive but he sticks to being sarcastic. And, well, that works because he is earning loadsa monies!

Vir Das is by far the most talented new age stand-up comedian who is popular amongst the social media junkies.

We adore you Vir for your common sense which is not so common!

Yes, we are referring to Sonam Kapoor! There’s no other way you define Sonam. She has impeccable fashion sense and the world drools over it. Her chic moves make her the most popular diva of Bollywood. And with the release of Khoobsurat she has became India’s first Disney Princess, overnight! What more would a lady want? 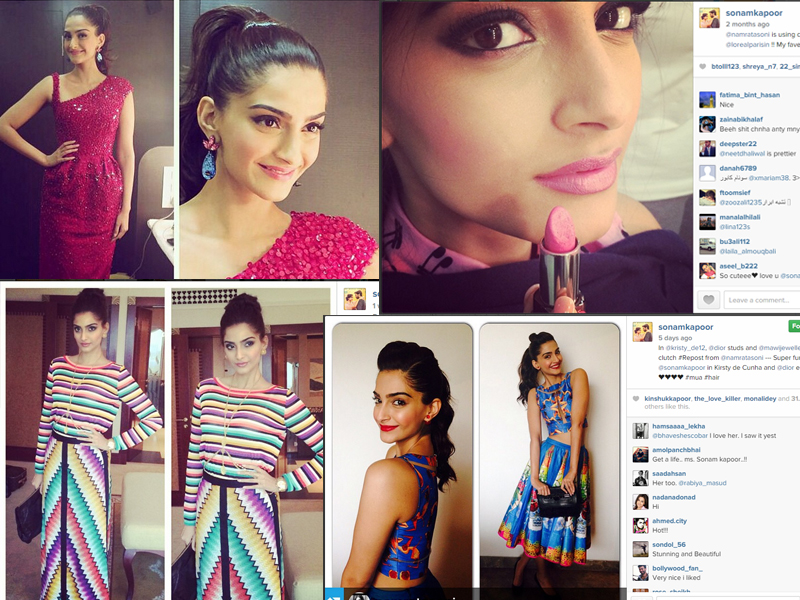 This B-town Cinderella has a gala time on social platforms sharing her latest cutest pics and admiring her admirers.

He needs no introduction. We all follow him on one or the other platform.

His posts are awesome and we all ought to follow him. Period.