Bollywood is a mesmerizing dungeon, once in it, you are most likely to get trapped for a lifetime. This lifetime imprisonment is not just about fame, glam, and films, it has more to it than meets the eyes. This glamour simply embraces the aspiring cadres and embroils them in its vicious coil. Having said that, it often bestows you with love and perhaps a love child. Yes, a love child. You read that right. Bollywood has kitties full of stories about the love childs. Amongst the many we get you top 5 love child stories from B-town.

Aamir Khan and his Jaan

Aamir Khan although is a Mr Perfectionist, he is said to have perfected the art of wooing women as well. It is believed that he has had number of affairs and subsequent love child. However, there was one case of love child which was brought to fore in the recent past.

He was said to have had a fling, not a passing fling, but a live-in relationship with a British journalist when he was shooting for Ghulam in London. The result of this relationship was Jaan. The journalist, Jessica Hines came out in open and gave away the name of the child’s father in 2005. Aamir Khan’s father too has accused his son of fathering children and not accepting them. In fact, if reports are to be believed, Aamir had told Jessica to abort the child. Alas! That was not to happen.

Pandit Ravi Shanker, a revered sitar maestro of India, was equally notorious. This came out in open when Jazz singer Norah Jones released her album, Come Away With Me. Jones, born as Geethali Norah Jones Shankar is the love child of Pt. Ravi Shanker and of dancer Sue Jones.

We all knew about Anoushka Shanker but with Jones revealing her identity, audience sat up and took notice. Although there were reports about issues between this father and daughter, later when Anoushka released an album, Breathing Under Water, that featured Norah, the gossips died down.

Amongst the other high-flying love child of Bollywood there is one name from the fashion industry. The celebrity fashion designer Masaba Gupta happens to be a love child of actress Neena Gupta and cricketer Sir Vivian Richards. 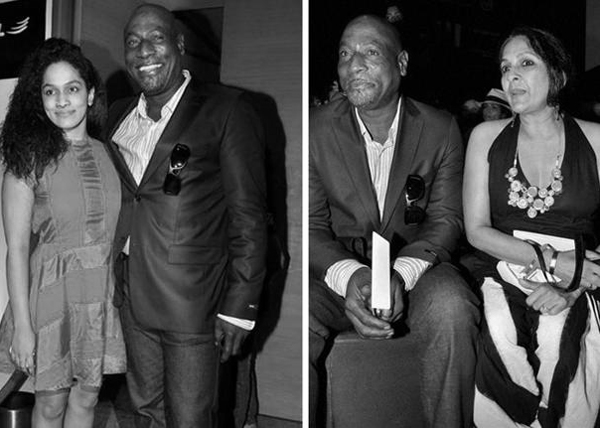 In one of her interviews Gupta admitted, “There was tremendous interest around me. I don’t know whether it was because of my exotic looks or for the fact that I was the daughter of Vivian Richards, but it is true that this was one of the reasons I realized that I have to do something on my own.” While the designer doesn’t conceal her identity as the daughter of Richards yet she has kept her mother’s maiden surname who brought up her daughter as a single mother.

That died out roar of Babbar

While above stories were about the encounters that led to the birth of a love child, Bollywood has witnessed love sparkling between the costars. Prateik Babbar happens to be one such name which is borne out of the relationship between his mother Smita Patil and father Raj Babbar. Babbar when in love with Patil walked out of his family to be his lady love, subsequently Prateik was born. There were rumors floating in the media about how Babbar had denied to give this child his surname but later agreed. If these rumors are to be believed, Prateik still lives an estranged life when it comes to the Babbar clan. He was brought up by his grandmother.

However, his affection for the lovely relationship his parents shared remains untarnished. “All the films in which my mother and father have acted together are their best movies for me. I never really got to see them spend time together, so when I see them on screen I feel this is how they were in person. I feel this is how our family would have been with them,” told the actor to a leading national daily.

Lastly this revelation about the love child will come not only as a shock but surprise to those who seem to think too high-brow about themselves when it comes to dispensing Bollywood gyan.

It is known that the legendary actors, Raj Kapoor and Nargis shared an immaculate bond, on-screen and off-screen, despite Kapoor being a married man. This bond seems to have gone far and wild when Dimple Kapadia was born. This although happens to be a debatable topic, those who have seen Bobby know it in their heart that the features of the then vestal newbie were strikingly similar to Nargis.

Although Nargis went on to marry Sunil Dutt, it believed that it was mutually agreed between Kapoor and Nargis to give away this child to a wealthy Kapadia family. And yet Kapoor couldn’t stop himself from launching this beautiful souvenir of his chaste love on screen with the film Bobby. It is also believed that during the shoot of Bobby, Rishi Kapoor fell for his costar. It was then that Raj Kapoor drew him aside saying, “Tum apni behen se shaadi karna chahta hain?”

And here is a bonus snitch…

Everyone knows about the rumors that were floating owing of the proximity between Reena Roy and Shatrughan Sinha. The two were alleged lovers, they say. And wait for it….

Sonakshi Sinha happens to be their love child. Now, we don’t really know if that’s true but Sonakshi exceedingly resembles Roy and perhaps that’s why the story.

These are only a few affairs that are out in open. There are many more such unheard stories looming the corridors of Bollywood and begging to be discovered. How true are these telltales we do not know, but these are certainly revelations to few of us.