The iconic Mumbai café bids farewell in style on March 31, 2015

It’s where Amitabh Bachchan took Jaya on one of their first dates, where Infosys  co-founder Nandan Nilekeni had proposed to his wife, where artists like MF Hussain and Tyeb Mehta would sit doodling for hours, where poet Nissim Ezekiel would hold fort with young students from Elphinstone college next door and  where cartoonists like Mario Miranda, writers like Behram (Busybee) Contractor and filmmakers like Shyam Benegal would measure out their lives in tea spoons dreaming of their next creative venture.

And now after 50 glorious years, is bidding adieu, downing its shutters, shutting shop, saying goodbye. And in an age of fast food, ephemeral relationships and franchise coffee it will be the end of an era.

An era of grace, hospitality and good wholesome food, when a young Usha Khanna, back from a stint in France where her husband the documentary film maker Rajbans Khanna had been awarded the prestigious Palm D’Or at Cannes, and where she’d fallen in love with Left Bank Parisian café culture  had vowed to start a little artsy café of her own in Mumbai.  Her maternal uncle the legendary actor Balraj Sahni had bequeathed it a name reminiscent of the family’s years in Kashmir, where the Samovar had been the central focus of their daily warmth and with two tables and a few chairs, Samovar very soon had charmed its way in to the hearts of the intellectuals artists and students  and office goers of Mumbai. 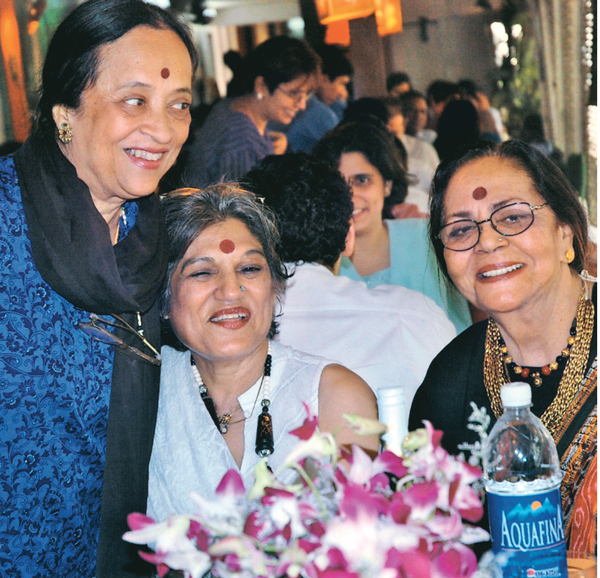 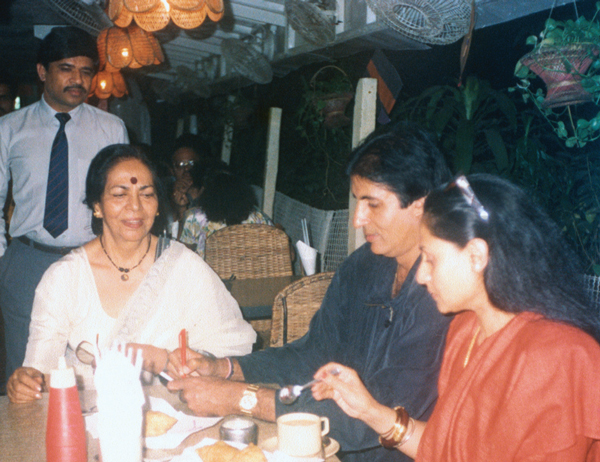 “The “Café Samovar” holds fond memories for all us struggling artists and creative people, not only from Mumbai but other parts of the country also, who came to Mumbai to achieve and become successful and who frequented this Café. This place served as a refuge and comfort to us all, a get-away from the harsh reality and stress of our day-to-day struggle.” Says noted actress Jaya Bachchan.

“This little Café/Restaurant has served on occasion as a theatre for dramatic performances, a meeting place for busy executives and equally for young lovers and students. It has been an oasis for several generations of youth sometimes dreaming, but always struggling to make their mark in the city. I cannot think of Kala Ghoda without Samovar. It has as permanent a place in Kala Ghoda as the Gateway of India in Mumbai.” Says renowned filmmaker Shyam Benegal.

Vishal Dadlani, the ace musician also tweeted on his account…

“I never expected Samovar to become such an institution,” says the feisty octogenarian Usha Khanna. “When I started it was to fill a lacunae in the city: where would artists meet their patrons? Where would poets sit and write without being disturbed? Where would young homesick executives get their ‘home food’? Where would young students go on a date they could afford? I am happy to see that it has gone from strength to strength and been recognized across the world. It’s been fifty glorious years and it’s time to say good-bye now.  “

“When the history of artsy -bohemian Mumbai is recorded, a chapter will surely be dedicated to a long narrow sliver of a café named Samovar.” Says her daughter the writer Malavika Sangghvi. “Because in many ways that’s where the cultural life and artsy life was nurtured lovingly by my mother.”

“We tried hard to stay on, and even went to the Supreme Court for this” says social worker, and leading city personality Devieka Bhojwani, Khanna’s elder daughter. “But we finally decided that 50 years was a great time to go with grace and dignity.”

And so, Samovar will down its shutters on 31 March 2015.  And Khanna and her daughters are planning a farewell befitting of this great city institution.

Café Samovar at the Jehangir Art Gallery may literally be only a restaurant in a narrow verandah, however it has played a very important role as an Art Café ever since its inception in 1964. Café Samovar has been a vital part of the city of Mumbai for over 50 years. It is not just a restaurant but an institution, which has nurtured creativity and welcomed everyone within its fold.

Every Art Gallery in the civilized world has a cozy corner where visitors can sit and ruminate over the exhibits, compare notes or just meet the artist over a cup of tea. Café Samovar fulfilled that need for that very cozy corner.

Have you been to Samovar ever? Write to us your experience in the comments below.