We have spoken about the association between Bollywood and cricket which has been going on for ages. Be it cricketers turning towards acting, the movies based on acting or cricket marrying into Bollywood; this tie is made in heaven, much like the marriages are! Gossips columns often gush about the affairs between the entities of the two worlds which are distinct yet glamorous. May be it is their status or mayhap the fanaticism of these actresses for the game; we don’t really know what mesmerizes them. But from Zeenat Aman to Anushka Sharma Bollywood actresses have been clean bowled by the charm and the grace of the cricketers. History may be repeating itself but what did the history really hold? So here’s listing the actresses who romanced cricket.

This dimple cheeked beauty was introduced to cricketer Mansoor Ali Khan Pataudi through few common friends. The two met when Sharmila was shooting for a film. Soon Pataudi sent her a refrigerator to win her heart. Though this trick failed, yet roses that he sent her for four years and the incessant proposing, did the trick. But although Sharmila agreed for the match, the parents of the two opposed the marriage. Later, after much persuasion their parents agreed and the two got hitched in 1969.

Reena Roy, the most sought after actresses of her time, who was often linked with Shatrughan Sinha, put an end to all the rumors as she married the Pakistani cricketer Mohsin Khan. Mohsin tried his luck in Bollywood, failed miserably. Soon he put an end to his marriage and flew back to his hometown in Pak. 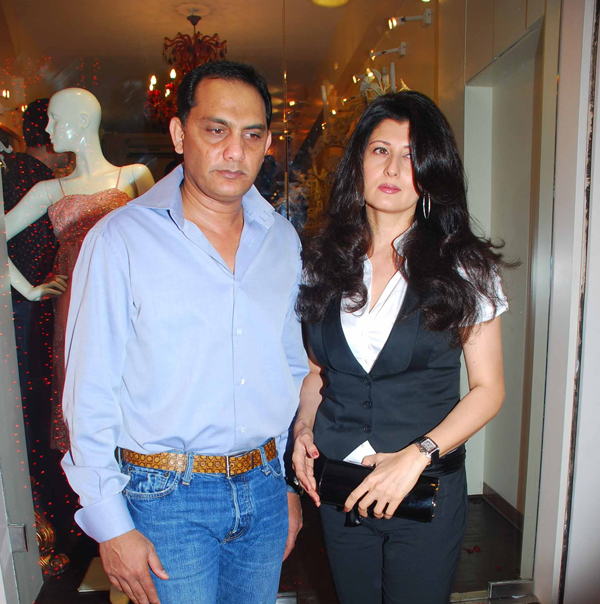 Sangeeta was a struggling Bollywood actress when she met Mohammad Azharuddin. However, the cricketer was at the peak of his career. The two met on the sets of a commercial and it was believed to be love at first sight. Soon the intimacy turned into marriage. Azhar divorced his first wife and married Sangeeta. However, despite the happily ever after, the couple separated in 2010.

Zeenat Aman, the sex symbol of 70s entangled herself in a serious relationship with the cricketer Imran Khan. Khan was infamous for being a player off-field as well. The torrid affair between the two would surely lead to marriage, such was the media speculation of the time. However, the flames of ecstasy soon died down and while Khan married a British social Jemimah Khan, Aman had a disastrous marriage with Mazhar Khan. 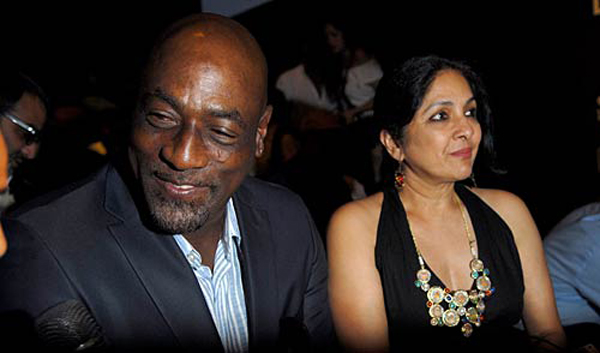 Although Sir Vivian Richards was married when he met Neena Gupta, yet he didn’t shy away from accepting the unconventional relationship he had with Neena Gupta. The brief relationship between the two led to the couple conceiving a love child. Masaba Gupta, an established fashion designer is Neena Gupta and Sir Vivian Richard’s daughter. She adopted her mother’s maiden name and is happy to share a unique bond with the yesteryears cricketer. 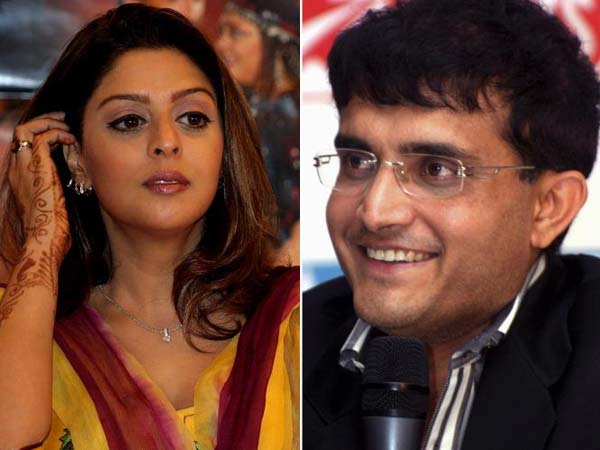 Nagma shared a brief relationship with the then Indian team captain Sourav Ganguly. Though she was open about her relationship, it led to a storm in Ganguly’s married life. The two were spotted together on number of occasions.

She might have had a few hits in her kitty yet what gave her more publicity was her rollicking affair with ace cricketer Yuvraj Singh. This affair was the most talked about affair of the time. However, the couple spilt owing to continual differences of opinions. Kim is now happily married to a wealthy businessman from Kenya, Ali Punjani.

This actresses who has had only a few films in her career so far, has been in news one too many times for her unconfessed relationship with the hot-headed cricketer Harbhajan Singh. The couple has been spotted together, getting cozy, a number of times.

Ex-wife of Nawab Saif Ali Khan, was a successful actress in her heydays. When she met Ravi Shastri, she was but a budding actress. Both were in a serious relationship and even admitted the same in public. However, they decided to separate ways for the reasons unknown.

While these were some of the well-known romances from the glam world of Bollywood and cricket, yet Sarika’s affair with Kapil Dev, Madhuri Dixit’s link up with Ajay Jadeja, Isha Sharvani’s affair with Zaheer Khan, Deepika Padukone’s link-up with Dhoni and later with Yuvraj are other key romances which were either rumours or didn’t last long.