Govinda: Best Comeback Of The Year 2014

This year was the comeback year for many stars. We saw the yesteryears legendary diva Rekha gracing the screens as Super Nani, Amrita Singh came back with 2 States, Juhi Chawla was real good as vamp in Gulaab Gang, Raveena Tandon has been gearing up for a comeback and Aishwarya Rai Bachchan too will grace the screens with Big Banners. However, amongst these ladies there was a flamboyant gentleman of Bollywood. His rangeela andaz that was his signature style made him an era and that era was revoked this year. We saw legend, Govinda make a nifty comeback.

While we know that his potentials were not explored to the fullest in both the films yet his charm was show stealer. He could overshadow Saif Ali Khan and the current hottie of tinsel town Ranveer Singh with panache. Although he had played an antagonist in film Shikari, he was more ingenious with the character of Bhaiyaji. The sharp gaze and the spiky dialogues made him a heartthrob once again! Such was his charisma in these two films that he could ably unnerve the other performers. The shows for Kill Dil ran houseful and we guess it was only at the entry of Govinda did we hear whistles and claps in a multiplex theater. While this actor was busy with his personal life we believed that his career in Bollywood was only matter of an era but with what we saw in multiplexes, first day first show going houseful, we changed our opinion. Govinda is a charmer and he is here to stay!

Here is what made us raise a toast to him!

Look at those moves! This song was simply made for him. We know it that the film earned, whatever it earned only because of Govinda. He was quirky throughout.

He was true to the screen & script. He was indeed the star of single screen and with such a good response we are sure he has effortlessly taken over multiplexes too.

Now just wait for this promo to finish and you too would be giggling out loud.

Only he can crack a lame joke like this and make the entire theater LOL!

When we spoke about the sharp gaze, this is what we meant. He did look like a don, there. 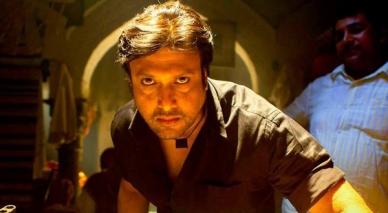 And when we were just summing up this post, we once again came across this which made us go weak in the knees. 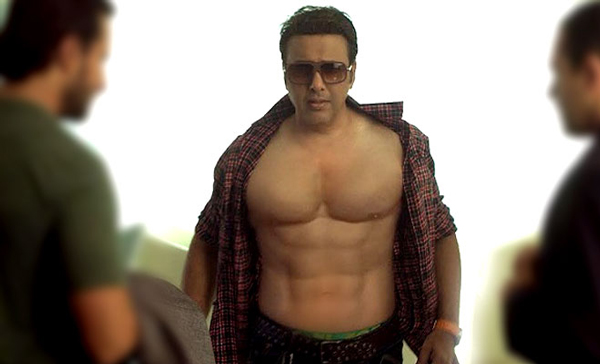 Currently, there are plenty of Govinda songs playing on our mind but we shall switch that for this…