The year 2014 created one too many buzzwords that went viral on the social media. From the technological advancements to launch of new iPhone to Aishwarya Rai Bachchan showing her royal streak in gold Roberto Cavalli Fishtail Gown. There were so many things that grabbed our attention and that have stayed as the biggest social media news of 2014. Now, that the year is almost over, we’d wish to give you a small recap of the biggest Bollywood social buzzwords of 2014! These are the top 12 Bollywood social buzzwords that sparkled while they lasted.

This urge to click selfie might have been sponsored by Samsung for Oscars 2014 yet it soon caught up like wildfire. So much was this selfie craze that The American Psychiatric Association termed it as a mental disorder. Disorder or not the Oscar fever continued to influence Bollywood as well. The IIFA selfie clicked by Shahid Kapoor with Kevin Spacey was the first. Then began a selfie chase which flooded the social media. 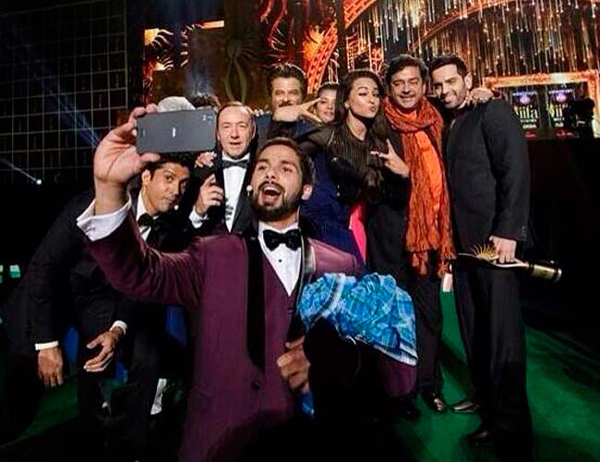 Redditors had the chance of their lives. They got to chat with Piggy Chops where they bombarded her with personal questions and her professional choices. PeeCee chose to keep mum about the most questions that could have turned into controversy. We see that Priyanka Chopra’s Ask Me Anything instead turned out to be Ask Me Nothing!

This serial starring Amitabh Bachchan was lauded by the viewers for it was Big B’s debut in daily soap. This series was touted to be the most expensive daily soap on Indian Telly. However, except a somber, tiresome lead there was hardly any thrill in the series. We think, Big B should be pickier the next time he gives it a thought to make a comeback in daily soap. 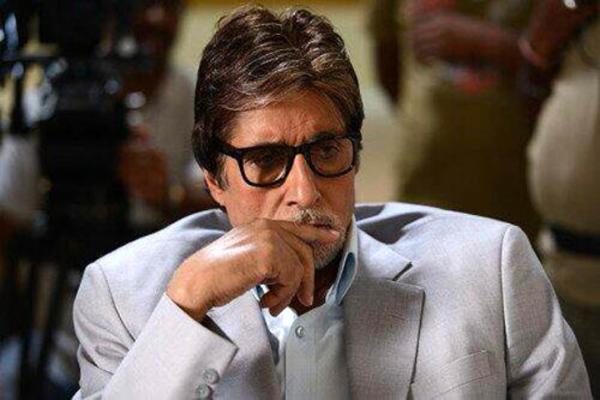 What’s the use of Bollywood songs if the beats don’t make the Hollywood celebs groove! We were utterly delighted to catch a glimpse of Kevin Spacey dancing to tunes of Lungi Dance. IIFA was an instant hit following this. And yes, John Travolta too grooved to some Bollywood beats. If you missed on it, here’s a video for you.

This was a buzzword and it started off with with Amyotrophic Lateral Sclerosis Association wishing to raise funds for the patients. Many biggies from Hollywood tried it on, the common man too got embroiled and this challenge reached India. In midst of this transition the cause was lost and all that remained was the fun and adventure this challenge offered.

7 Genius Of The Year

India was appalled at the genius answers Alia Bhatt made up in the controversial chat show Kofee with Karan. Her answers to simple GK questions were so idiotic that social media went abuzz with her memes and jokes. To rise and shine and to face her adversaries, Alia Bhatt donned the cloak of Genius Of The Year and with the help of All India Bhakchod mocked the world who mocked at her.

Mars Orbiter Mission of India was hummed all around the Globe. It was the cheapest and the most intelligent feat the world could see. One task that was successfully accomplished and that was no less than a challenge to the pseudo uppity, highbrow West! Bollywood raved about this achievement and perhaps that is why the common man could figure out that the rickshaw-walas charge us more than the space-walas!

At the onset of the film’s release, Hrithik Roshan took to twitter to promote his film through a hashtag that created ripples in social world! This dare was thrown at not only the fraternity from film industry but HR also challenged his competitors at the Box Office, Shahid Kapoor and Shraddha Kapoor. Both of them sportingly completed the dare and the videos of which became viral. Ranveer Singh’s patent HR dance as a part of #bangbangdare also went viral.

This created a history in world of Indian cinema. A short film that starred Alia Bhatt spoke of a utopia, a safe haven that’d never exists, where a woman would be safe and happy. The daring move simply wowed the Hollywood hunk. He went on to share the video and this is what he said about it!

If you haven’t seen this wow video yet, check

The word caught like wildfire and was selling like hot cakes. Too much ho gaya? But yes, that’s what it did to the World Wide Web! Post the release of the film, Haider, people got hooked on to the word. The movie might have gotten embroiled in great many controversies but the Chutzpah gave a perfect perspective to the audience and it has stayed put.

First the news about the National Award winner being involved in prostitution hit the bulletins. Then the world called her names. Then there were stories about her sorry situation and why she was forced to take up prostitution as a career choice. Then the world sympathized and empathized with her. Then she was released from the custody and that’s when the air about whole case cleared. Following the clean chit that she received from the judiciary, she took to twitter to give her views of what she thought of the world and media. The whole 4-5 months long scandal was the buzzword that received most hits from the netizens!

This one was a magnanimous event Bollywood buffs awaited. Not only was it 1000th week run of DDLJ in Mumbai’s Maratha Mandir it was celebrating romance that commenced with DDLJ. The social media went berserk throwing limelight on various facets this film bestowed on the audience. There happened to be special screening for the starcast, there was a new trailer released from YRF especially to commemorate the cinema that created History in Bollywood.

While these were the top 13 Bollywood social buzzwords, others like #YoungistaanForOscars, #HappyMarriedLifeArpita, Sonakshi Sinha and KRK’s Twitter war, Deepika Padukone’s cleavage controversy, 16 years of #KuchKuchHotaHai rocked the social world!